Warriors are a great melee class. They are capable to Tank, and even by most considered to be the best tanking class still, but can also do great damage in both PvE and PvP. Masters of the melee fight as they are, they are capable to equip all the melee weapons and even Dual Wield. Next to that, they can also wear Plate armor and Shields.

Their special abilities can be used with the use of Rage which is gained by taking and dealing damage, and some talents and abilities.

The Warriors have stances they can choose between. The Defensive Stance is normally only used for tanking because it reduces the damage done by 10%. However, it does increase the threat made by 10%, 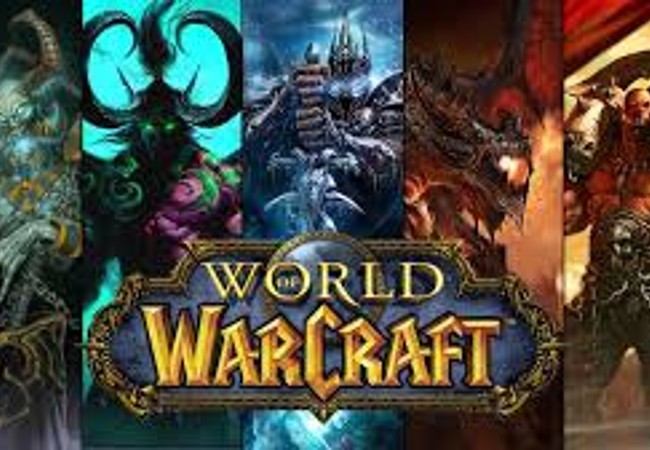 Warriors are strong and can take a few punches which makes them easy to level because their damage output is good as well. One should carry a shield with him while leveling so you can tank an instance when you get the chance. At level eighty 70+ however, you will definitely need to have a Protection build to tank the instances though.

In my opinion, the Warriors are fast levelers because you can kill the mobs quite fast and then Charge into the next one. Because of the plate armor, you will not lose a lot of health, though one does has a few abilities that restore hit points and otherwise, some bandages can be used which isn’t that time-taking either.

All the races, except the Blood Elves, have Warriors in their ranks

The Warriors have the Protection talent tree if they want to become good tanks. In this talent tree, there are a lot of abilities that reduce the damage done to the Warrior. You will also improve your threat with this talent tree and will gain some new nice abilities like Spell Reflection, Shield Slam, Shock Wave, and Last Stand. A Warrior can be a great tank, in my opinion, Blizzard designed Warriors to tank and they are the best at it.

The Arms tree was good because of the Mortal Strike’s debuff left on the character that reduced healing done on him by 50%. Now the Fury Warriors have something similar in the talent tree called Furious Attacks which also gives the same debuff of 50% healing reduced on the target.

If you follow this tree you will be able to Dual Wield two two-handed weapons as the only class in WoW! It doesn’t only look great but boosts the damage as well and puts the Arms build even more in the shadows. Then there is Heroic Fury, another PvP talent that removes immobilizing effects and removes the cooldown from your intercept.

Hi everyone, our addon is fully updated to work with Shadowlands and includes all-new 50-60 leveling guides, any questions don’t hesitate to ask in the comment section below.

where are the hard normal, and easy quest setting

Hi that is no longer available in BFA

Looking forward to the Classic version on 27th August! Will definitely buy it!

This add-on is a must-have! I’ve recently used it to level an allied race alt and the time saved is fantastic! Please keep updating this wonderful application!

Will Dugi have a Classic version too?

yes, we’re looking into it.

The guide works great (of course expect a) BUT, after reaching 120 there should also be a guide to open and explore the remaining areas. Also, sometimes when multiple objectives are required,

the guide forces you to follow in the order the guide prefers and if you don’t the objective is not rewarded. Gotta start catching up on the follower’s guides also. All in all, the $47 a year in-game guide is well worth it.